People who support MMP say it has increased the diversity of our parliament like that’s a good thing.

Now there are arguments here, about what “representative” means, and whether you believe diverse views are valuable and important.  And there are also arguments about whether you believe parliament looking more like Aotearoa’s demographics means parliament is more likely to approach political issues in ways which are mindful of all Aotearoa’s people, or if that requires policy and engagement with community as well as MPs in parliament.  Then there’s the oft squaring off from the right of “diversity” and “competence”, like they are two different things, really just code for “white, middle-class, heterosexual men know what’s best for everyone.”

I’m not debating those points this post, but I am going to explore diversity by looking at parliamentary make-up pre and post the first MMP election in 1996.  I’ve struggled to get good data on this, so it’s a bit of a patchwork of different sources, not all of which compare well.  Feel free to follow the links and let me know if I’m wrong.

Let’s look at some pictures.  Numbers of women in parliament pre and post MMP: 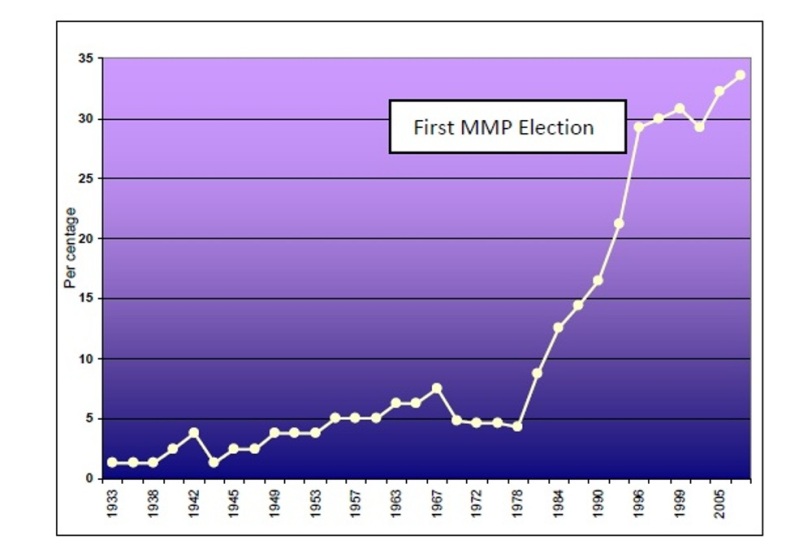 Or Maori political representation and population demographic, compared with pre MMP in 1993: 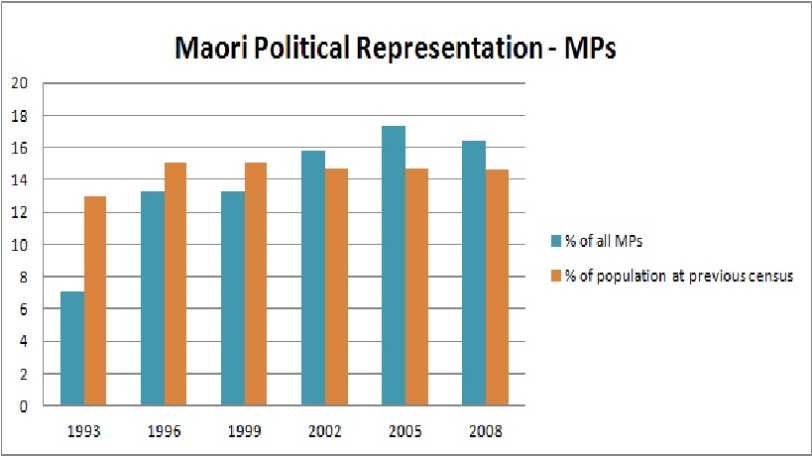 I’m going to collate MPs with Asian, Pacifica and African ancestry (so ethnic minorities of colour, based on this, with the addition of Arthur Anae, Kenneth Wang, Ashraf Choudhary, Rajen Prasad, Kanwaljit Singh Bakshi and Nandor Tanczos): 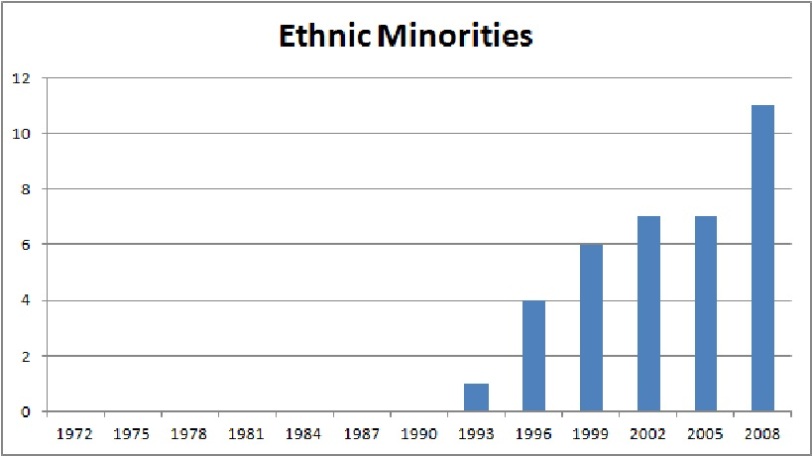 Despite the steep curve after MMP, in 2008, with 9% of seats in parliament being won by people from these ethnic minority communities, it is still woefully short of the population demographic of 16.6% last census.  Diversity has some way to go it seems, if you’re Pacifica, Asian or African.

How about absolute numbers of queer MPs: 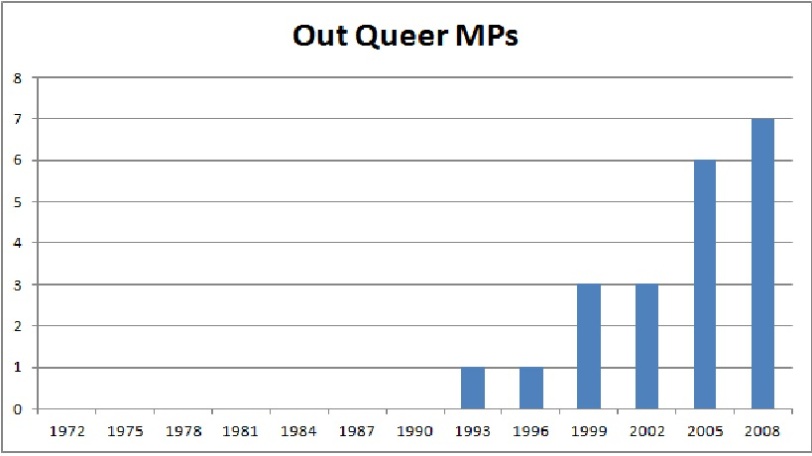 It’s only in the last two elections that the percentage of out queer MPs gets close to 5%, the figure of secondary school students reporting same and both sex desire.  This is about the only general population survey asking about sexuality, so it’s probably the best estimate we have.  Just where are those gaggle of gays, anyway?

Joking aside, it’s clear that MMP has driven real diversity and movement away from a parliament which is completely unrepresentative of anyone but white, middle class, heterosexual men.  Of course those guys are still doing alright – leading the National, Labour, United Future and ACT Parties and co-leading the Greens – so no need to worry about them.

There’s a simple choice to make on Saturday if you value diversity.

2 thoughts on “MMP and diversity”